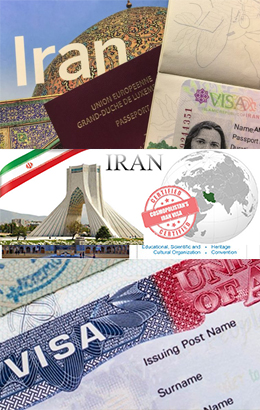 According to Iran’s law, women should wear clothes which cover their hair and body in public places; excluding face. There is no other difficulty and/or obligation than that for foreign women who travel Iran. Iranians are famous for their hospitability, though you will not feel alone in Iran and as other thing Iranians are willing to help people in need, especially women,  it is ok to ask for help if you need; surely it would be wise to ask from police or official/governmental persons or get help from a trusted travel agency.

Committing violent actions against women tourists, is unheard of in Iran; but let’s hear it from the mouth of women who traveled to Iran and found it safe.

Anna from Poland, wrote in her personal weblog, “Iran is safe, accessible and totally easy to navigate as a solo female traveler. Sure, you might experience some inconveniences, but for every annoying man you get 3 nice ones, just like anywhere else.” […] “[d]on’t believe what you hear on the news. Explore the place, talk to locals and come to your own conclusions. Come to Iran with an open mind and I guarantee you’ll make many great friends in Iran.” You can read the rest of the article at

Another example you can find in Ani from Spain weblog. She actually provided “A Guide to Traveling to Iran as a Woman Alone”;

“If you’re a woman considering visiting Iran alone but are afraid, I encourage you to do it. Traveling to Iran as a woman can seem intimidating, but I have been there and can tell you my solo trip to Iran was not only safe, it was a wonderful experience that greatly exceeded my expectations. I know you probably have plenty of questions, though, which is why I put together this guide to Iran for solo female travelers.” you can share the rest of her experience at

In general, Iran is the safest country in the Middle East to travel to; due to this fact, some governments such as Australian reduce their travel warnings to Iran. For more information about safety in Iran reading the following article at https://yazdantravel.com/is-it-safe-to-travel-to-iran-2019/ is recommended. 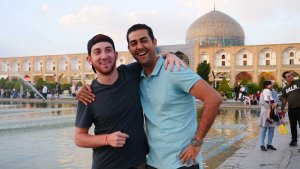 Approximately one thousand Americans travel to Iran per year; though it doesn’t seem to be a dangerous destination for Yankees. There are some certain rules for American tourists though, the most important one is that they should travel in Iran with an Iranian government agent the whole time; nothing important else. Several famous American traveler have come to Iran and shared their experience in social media; let’s see what Mr. Drew Binsky and Mr. Peter Santenello has to share, for instance.

“Iran Is Not What You Think”; this is the opening of Mr. Binsky’s article about the prototypes VS what really Iran is like. He explain that unlike what one might hear of Iran through media, the country is completely safe no matter what country you came from; “Contrary to popular belief, Iran is extremely safe, with the most friendly people I’ve ever met who went out of their way to make sure I was safe and having a good time.” is his first handed experience confronting Iranians as an American/Jewish tourist. You can read the rest of his article at https://drewbinsky.com/iran-not-think/ and also watch his videos about Iran at https://Instagram.com/drewbinsky

From Mr. Santenello’s point of view, there are several reasons that one should put Iran in his/her list of to be seen places; he named and explained one by one in his video about Iran. He surprised finding Iranians’ warm and friendly manner of treating a foreigner, especially when they find out he/she comes from the United States of America. According to Mr. Santenello, lots of Iranian people speak English amazingly and they postpone their work or/and change their direction to talk/help/invite you kindly to a cup of tea/meal. The whole U.S.A VS Iran is politicians and governments’ game. “11 Reasons Why Travel to Iran”, and “Inside Iran-An American” are available at https://Instagram.com/petersantenello

This is more like an assumption rather than real problem; as most hotels won’t ask about your relation to one another just like anywhere else in the world. For a local couple it would be rather hard if not to say impossible to travel through Iran as an unmarried couple indeed. As an example Mr. Binsky, whom I mentioned above, travelled to Iran with his girlfriend. A tourist for sure has to respect laws, traditions, believes of his/her destination people; but don’t be so worry about it. If you still have questions or worries you should read Iran Laws for Tourists at https://yazdantravel.com/iranian-tourism-laws/ 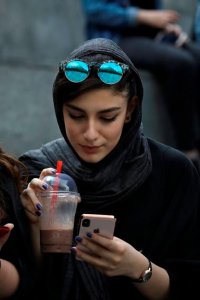 The answer is Yes, obviously. Over 53 million of Internet users out of 80 million people in Iran, proves that the Internet is rather easily accessible in this country. This is the statics of number of Internet users in Iran until March 2018 which Iran’s Ministry of Communications released, http://techrasa.com/2018/05/29/53-million-mobile-internet-users-in-iran-march-2018/.

So many people in Iran have smartphones and at least one page on social media such as Instagram, Tweeter, Facebook, etc. Mr. Santenello talked surprisingly of it in his videos about Iran, especially by the amount of iPhones in Iran. You’d better buy a local Sim and use data easily and quite cheap, although almost all hotels’ services include free Wi-Fi; though it would not be as fast as you’re accustomed to. Some websites and social media such as Facebook are blocked in Iran, so bare it in mind to install a proper vpn/proxy app on your smartphone.

Whether you need a visa depends on which country you are holding passport from. Citizens of over 60 countries do not need a visa to enter Iran; and most other countries’ citizens can gain an arrival visa from most of the major airports in Iran; although for most countries’ citizens arrival visa would allow them to stay in Iran at last for 2 weeks. As United States of America and Canada have no consular services in Iran, their citizens must have prior approval of an itinerary and tour operator before applying for a visa from the Ministry of Foreign Affairs. Israel citizens are not permitted to travel to Iran; and anyone who has Israel stamp in his/her passport might be a subject of visa rejection. All citizens except for Israeli can travel to Kish Island, a popular tourist island, without a visa for up to two weeks.

Since visa requirements are subject to fairly constant change, it is best for everyone to contact Iranian consular or embassies in their own country to find out what is required before entry. The process usually won’t take time longer than 1 month at last, mostly visas will be approved in two to three weeks; which one should find quite easy to get if the information were accurate.

For the few recent years, due to the financial sanctions, international credit cards are not available in Iran; therefore, one should bring cash. Recently, the national bank of Iran, Bank-e-Melli, provides the opportunity to exchange tourists’ cashes to an available Iranian tourist credit card; so the burden of carrying a huge amount of cash is off tourists’ shoulders and they can enjoy the beautiful Iran with less concern.

For more information and a bite knowledge about the currency of Iran you can read the following article at https://yazdantravel.com/currency-of-iran/

Since the Islamic Revolution in 1979, drinking any alcoholic beverage and eating pork, lobster, and some wild animals meet is forbidden in Iran; due to the Islamic laws; by the way, some 5 star hotels serve them. As the first thing to do travelling to a foreign country is to know and respect that country’s absolute laws and traditions and respect them, any tourist who travels Iran should avoid drinking alcohol during the time he/she stays there. Other thing one should know travelling Iran, is the Islamic calendar; in the case of Ramadhan month, the Islamic month during which Muslims fast. Eating and drinking in the time between Adhan, call to prayer, Fajr till Adhan Maqrib is forbidden in public. 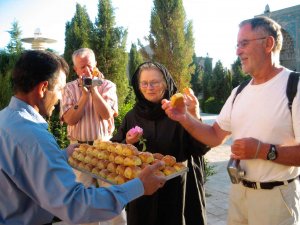 One of the greatest and unique attraction of Iran which is not mentioned in any travel book or UNESCO’s world heritage list, is the kind heart of its people. As a matter of fact it’s quite hard if not say impossible to find people who are friendlier and more hospitable than Iranians in the whole world. Actually, being hospitable and kind with the tourists, is the first thing that almost all tourists would talk about when they mention locals, sharing their memories from Iran. For people in Iran a guest is a blessing descended by God, though they cherish their guest like a precious treasure. People in Iran are willing to make contact with tourists, asking their names/nationality/whether they have good times in Iran and/or need anything. Iran is a four seasoned country. It has beautiful, colorful, rainy, cool Springs and Falls; warm, sunny, bright days and nice stellar nights in Summer, and eventually white, snowy, cold Winters. January is the coldest month and August is the hottest; so if you rather prefer moderate temperature you should schedule your arrival to Iran for Spring or Fall; each season has its unique beauty though. You can find some of Iran’s natural beauty in our website gallery at https://yazdantravel.com

15000 years of civilization, several different tribes, has provided the old Persia with one of the richest culture in the world. The most interesting and odd cultural norm one may find in Iran, is Ta’arof, an exaggerated form of politeness and compliment which governs rules of social interaction and hospitality. For more information please fill the required tour at https://yazdantravel.com/required-tour/

Contact us, pack your luggage, and come to the Incredible Cradle of Civilization, to the beautiful Iran.

We are well qualified to provide you with the dreamiest and most unforgettable journey; one may dreamt of. 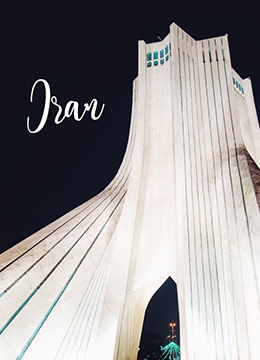