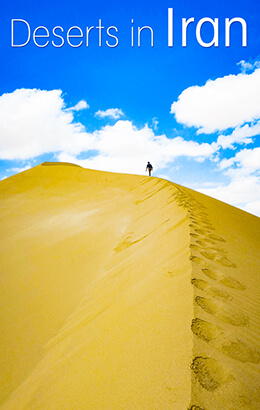 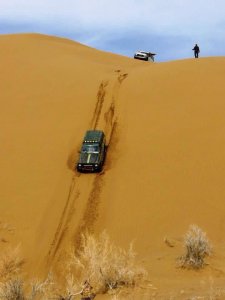 Deserts of Iran, a window to the skies with a tendency to change sand’s color every five minutes with dazzling sands of red, yellow, orange, green, and purple.

Iran is situated in a high-altitude plateau surrounded by connected ranges of mountains.

The well-known deserts of Iran are at two major regions :

1) Dasht-e-Kavir, a geological pit almost at the north of Kavir-e-Lut, the minimum altitude of this desert is 400 m ASL; and 2) Kavir-e-Lut,

the largest pit inside the Iranian plateau and probably one of the largest ones in the world.

Kavir-e-Lut is a pit formed by broken layers of the earth. Iran desert tours and desert safari explores some of the most remote areas of this fascinating land — areas rarely explored by others, making this a true journey of discovery.

The deserts of Iran are the hottest places on Earth with temperatures sometimes hitting 70C. 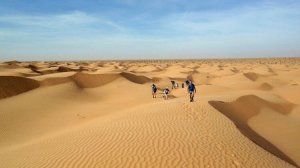 Some examples of beautiful places available to visit in the deserts of Iran: the oasis village of Garmeh, which is aptly named. It means “hot” in Farsi, or deeper into the desert a night in the sand dunes of Mesr, Isfahan, with the most unique skyline, or the remarkable mud city of Rayen, a beguiling place to live out your Arabian Nights fantasies!

Or Zein-od-din, a rare example of a circular caravanserai, that has been beautifully restored, or the mud brick city of Yazd, and traveling through the deserts of Iran with a camel. Mysterious and fascinating, these expressions are incredibly accurate about the desert’s night; don’t miss it. September to December is the best time to travel to the Deserts’ of Iran. As we enter September, the weather starts cooling down. If you are really excited to explore the stunning desert, autumn is the best time to travel to Iran. 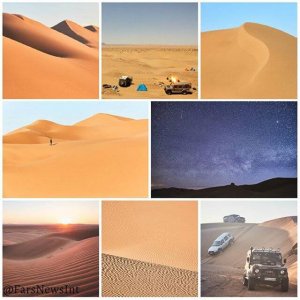