Sar-Yazd Castle
Sar-Yazd Castle, is located in the vicinity of Yazd – Kerman road, in the area of Karkhan near the village of Sar-Yazd. The castle dates back to pre-Islam times. The castle is surrounded by a moat, about six meters wide and four meters deep, that is the first defensive layer of the castle. The Sar-Yazd Castle has two fences and a barricade with a six-meter-high outer fence containing three circular towers and a cube tower, and a 9-meter-high inner fence containing six round towers. The interior of this castle, dating back to the Sassanid era, was built on two floors and in some spots on three floors, with residential, service, and so on. The sophistication of the interiors, with its simple and dignified geometrical towers and barrows and geometric decorations and the beautiful exterior volume in the heart of the plain, is one of its unique beauties that makes the castle such a beautiful among its kind. This work has been registered as one of Iran’s national monuments on June 21, 2009. 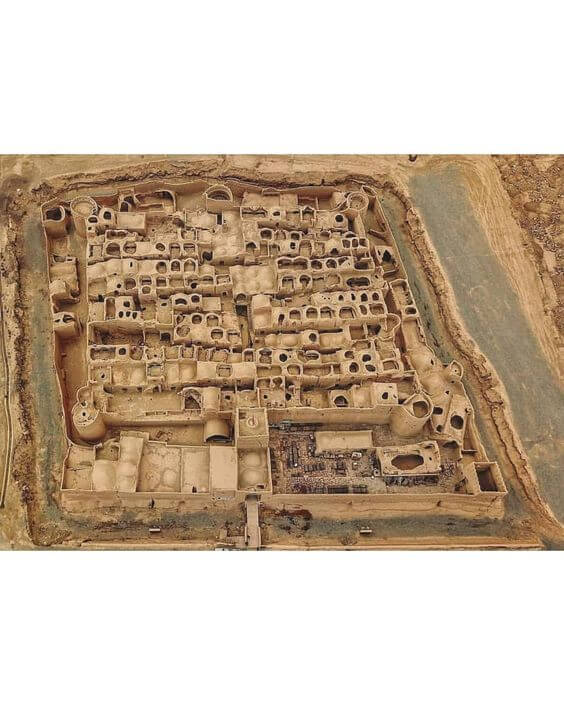 Castle Structure
Sar-Yazd Castle is one of the most beautiful, massive and oldest defensive castles in the central desert of Iran; which can be described as a unique in its kind. The original core of the castle dates back to the Sassanid era and was restored in the Safavid era on three floors. The main and inner walls of the castle encompass public places, houses and grocery stores. At the four corners of the wall there are 4 towers which are taller than the castle fence towers.

Spaces and Entrances of the Castle: The main and central space of the castle consisted of warehouses, houses and living rooms of the castle. The entrance to the castle was on the north side, opposite a moat that had a removable bridge installed at night by rope and the reels would rise and rest behind the gate. By removing the bridge from the moat, the connection between the castle and the outside would be cut off. Crossing the bridge over the moat and crossing the fortress, we enter the gate courtyard. And on the courtyard, we come to the other three doors, two of which open to the left and right, leading to the enclosure between the outer fence and the inner wall of the castle, where cattle and cattle and forage warehouses were kept. The third door is located in front of the main gate and leads to the castle residence. The main alley of the castle is located along the main door in the north-south direction and extends to the southern end of the castle. On the right and left of each side, there are six additional alleyways, each 50 meters long. On either side of the side streets, the castle house is built on 3 floors. The two-story main alley has two rows of staircases that connect residents to each other. In addition, there are staircases in the side alleyways to link the floors. The castle houses each have no more than 2 rooms and most of them are not more than 30 square meters. The rooms are connected to each other and on their sides, niches, shelves and places for large crumb Food storage is made. There are also holes in the floor of the castle rooms to remove the crumbs. 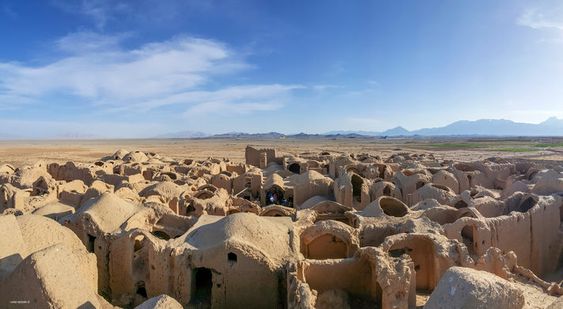 How to protect the castle: All three floors have openings for surveillance and shooting. The roof of the towers has a wall of 1.5 meters high which is used as a shelter. Beneath the shelter wall, there are holes with a steep slope outward, from which to pour ash, sand, hot-boiling water and molten bitumen were used on the invaders. If the enemy attempted to open the doors, they would pour water and extinguish the fire. The second and third entrance doors were made of metal, thereby preventing further burns. Above the main door of the castle is a wooden beam on which there are four reels. These beams and pulleys were used to raise and lower the entrance door of the ditch or castle door. This is just one example of the vertical opening and closing of the door that has remained so far. Among the notable works are the water storage fortress, which is built on the left and back porches with a roof that measures about 6 meters long and now there is no trace of it left. This storage water was sourced in two ways: one by a ditch connected to the ditch and when necessary ductwork was filled and the storage water filled, and the other during the danger and invasion of an enemy who might contaminate the ditch. There was, therefore, no water supply to the barn with the water of the moat, but by collecting water from the roofs and the interior of the fortress they were able to satisfy their needs. By doing so, the castles could meet all their needs and communicate with the outside cut off. Although not as extensive as the citadel of Bam Citadel, the order of the castle has made it unique in its layout.

Most parts of the castle are now refurbished and ready to host dear guests. 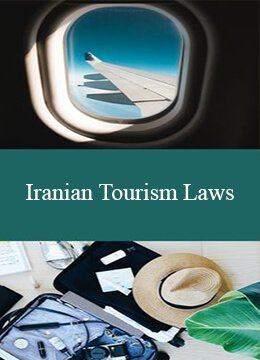