Among all the beautiful cities in Iran, Isfahan is the favorite one for almost all the Iranian and foreigner travelers. Isfahan (historically also rendered in English as Ispahan, Sepahan, Esfahan or Hispahan) is located 406 kilometers (252 miles) south of Tehran, and is the capital of Isfahan Province; also known as “Nesf-E-Jahan”, “Half of the World”. From 1592 to 1722, Isfahan was the Capital of Persia, during the Safavid era. In the time period roughly between Christopher Columbus and George Washington, early-day Iranians were on the other side of the world doing some pretty impressive things with blue and yellow tile. 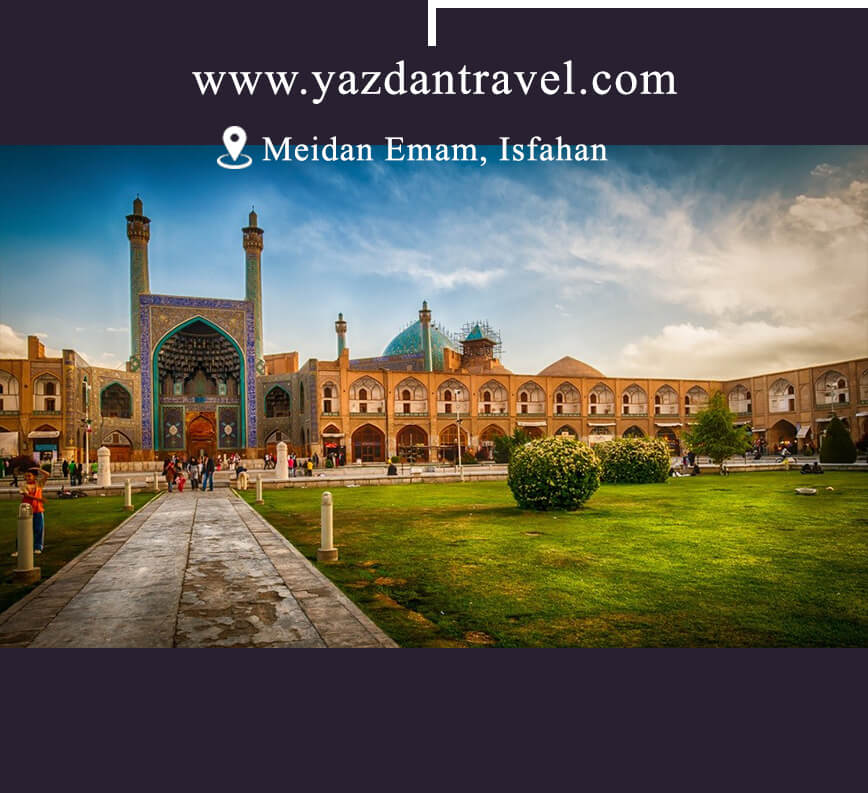 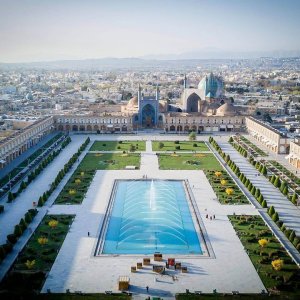 Naqsh-E-Jahan Square also known as Shah Square before and Imam Square after the Revolution; is surrounded by buildings from Safavid era including; the Shah Mosque, situated on the south side of this square, On the west side is the Ali Qapu Palace, Sheikh Lotf Allah Mosque, situated on the eastern side of this square and at the northern side is the Qeysarie Gate opens into the Isfahan Grand Bazaar; all are the UNESCO’s World Heritage Site. The square is the largest historic public square in the world after Tiananmen Square in Beijing. 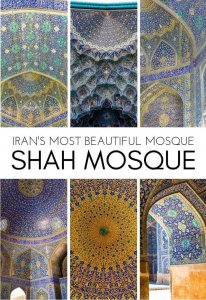 The Shah Mosque of Isfahan

The Shah Mosque of Isfahan is one of the everlasting masterpieces of architecture in Iran; the Imam Mosque (FKA Shah Mosque before Iran’s Revolution), In Naqsh-E-Jahan Square, is an excellent example of Islamic architecture of Iran]. Its splendor is mainly due to the beauty of its seven-colored mosaic tiles and calligraphic inscriptions.

Sheikh Lotf Allah Mosque is another example of the architectural masterpieces of Safavid architectures, which is considered to be the most beautiful in Iran; built in 1602 by Shah Abbas I. and designed by his chief architect, Sheikh Bahaei. The mosque was designed to be a private mosque for the royal family and therefore it does not have any minarets. There is a tunnel from the mosque to the Royal Palace, across the square.

Masjid-E-Jāmé of Isfahan, is the first Islamic building to adapt the four-courtyard layout of Sassanid palaces.

Ālī Qāpū (The Royal Palace) built at early 17th Century, forty-eight meters high and seven floors, each accessible by a difficult spiral staircase. In the sixth-floor music room, deep circular niches are found in the walls, having not only aesthetic value but also acoustic. It is rich in naturalistic wall paintings by Reza Abbassi, the court painter of Shah Abbas I, and his pupils. There are floral, animal and bird motifs.

Talar Ashraf (Ashraf Hall) – 1650, This Safavid Palace was begun under Shah Abbas II and completed by Shah Soleiman as a residential Palace of the Shah and his harem. It is particularly remarkable for its ceiling, featuring a medallion of pure gold. 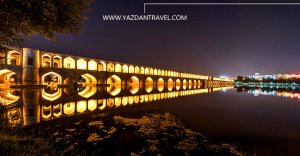 Hasht Behesht (The Palace of Eight Paradises) – 1669: Reportedly built for residence purposes of the King’s harem.

Chehel Sotoun (The Palace of forty columns) – 1647: It is called Palace of forty columns, although there are only 20 columns and the other 20s are the reflections of the real ones in the large pool in front of the Palace. The 40 has the connotation of perfection in Iranian spiritual, mystic and religious beliefs. The function of this Palace was for holding religious-national ceremonies and royal festivals and for receiving royal ambassadors and guests. 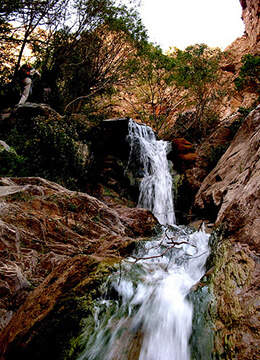